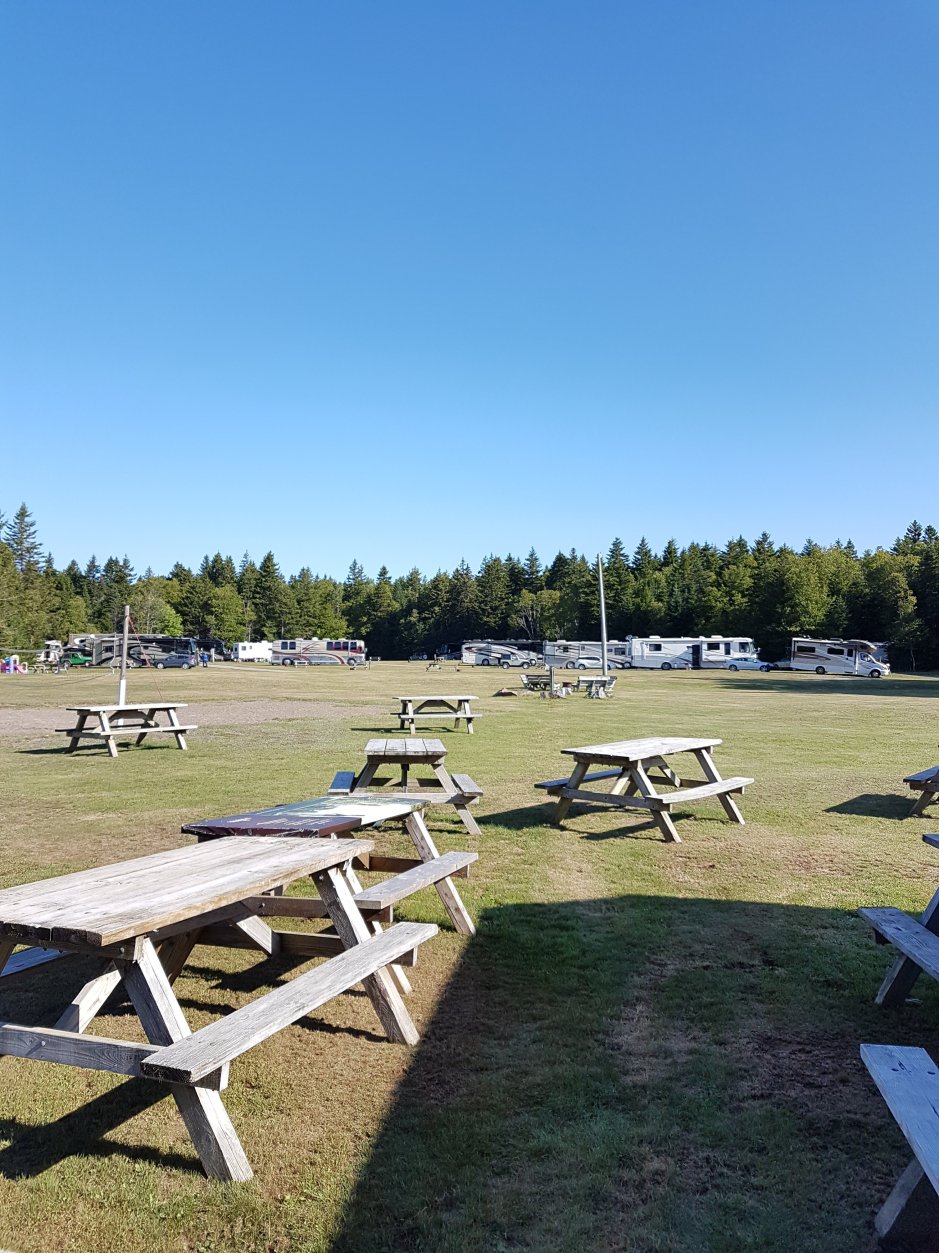 One of the downsides to camping (in my opinion) is the lack of laundry facilities. At some point I’ll be declared a public health hazard if I can’t wash some clothes. There are no laundromats on this island, but there are two large parks. One is the Roosevelt International Park and the other is Provincial, called Herring Cove. I found one coin operated washer and dryer at the latter.

It took almost 4 hours for me to catch up on my laundry, which gave Jamie and I lots of time to look around. I think she’s finally recovering from the trip because she ran around and played soccer with some kids (well she mostly got in their way). 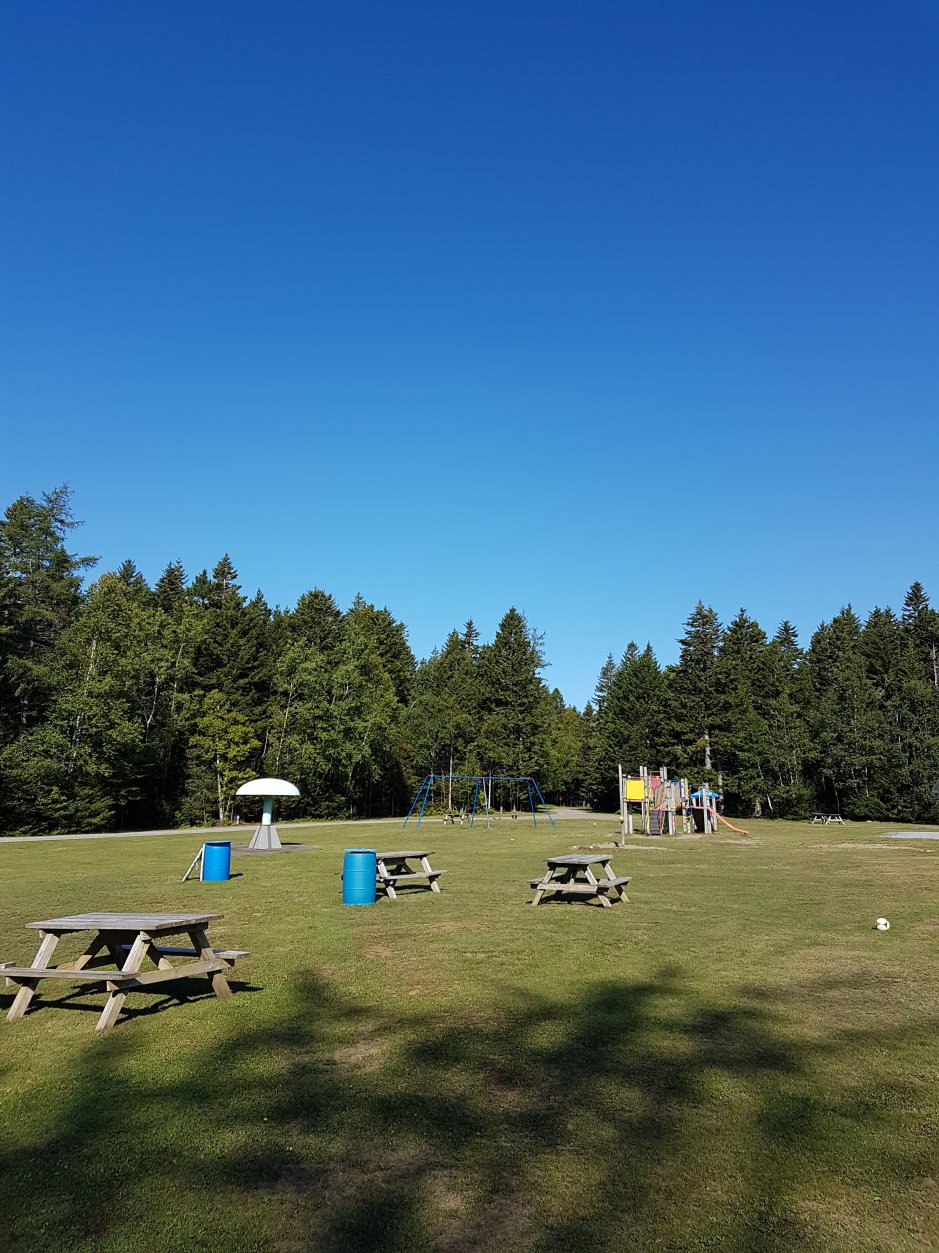 The big draws for this park are the two long beaches – one rock and one sand, plus the trails & views. I stuck close to the washer/dryer so I became familiar with all the amenities. In addition to all the slots for RVs there are at least 76 campsites. The showers are in great shape, in no small part because of an army of staff constantly working on the place.

I had a long conversation with two guys in their 70s who take particular pride in the cleanliness of the bathrooms. No kidding … We spent ages discussing the right combination of cleansers.

I was going to say that I started to understand the appeal of RVs – taking your own bed with you seems like a great idea,

But, having watched groups of kids from all over North America play together, witnessed families giving goodbye hugs and kisses to people who had been strangers before last night’s campfire, and listening to campers share tips for the road, I may now have a better idea of the appeal. 🙂

OK, now that the clothes are clean, Jamie and I will get back to working on the house. I’ll take some before pictures – that might help convince you in the future that I’ve actually done something. *grin*