Someday I’ll unpack my camera, but until then phone pics of the morning walk will have to do.

I know that there are many areas of the country (and world) far more remote than this island. I am very fortunate that Canada Post has two offices here. Amazon Prime and I make use of them on an almost daily basis.

The bad news is I can’t get everything I need or want from just one internet site.

There are a couple of large web-based retailers who offer free shipping and, when they get my postal code, either say they won’t ship here or suddenly decide “free shipping” costs $400.

Then there is the issue of courier companies. They’ll accept contracts from a retailer only to decide after they have the package that they really don’t feel like delivering it after all.

I ordered 2 large rugs recently and FedEx had the contract to bring them here. I was told by locals that they wouldn’t arrive and, sure enough, the scheduled day came and went without a delivery. The good news is that a local entrepreneur has started an island service and contracts with FedEx to actually get the stuff onto this island.

Having said that, it turns out “delivery” literally means dropping them at my feet on the driveway. According to the waybills one of them weighed 54 pounds, the other 79.

“But you’re old and have no upper body strength” I can hear you cry. That’s true. I thought about leaving a message for Stanley to come help me, but I think he’s collecting his Dad from the hospital today. So …..

I channeled my inner highlander. I flipped each rug end over end, in a poor imitation of caber tossing, and got them one at a time up the stairs, onto the porch, through the mud room and into the kitchen.

Once there, it turned out that, as long as they were resting upright on an end, I could “walk” them to the correct room.

The one in the living room is currently hampered by the wood burning stove, but you get the general idea.

I only had one real concern when I ordered them – would I actually like them. Luckily I do.

They’re not Persian rugs, although they use many of the same motifs. They’re a nice wool and the colours are what I expected. Now that I know for certain I can actually get them here, I will eventually order more.

After all, caber tossing is damn good exercise. 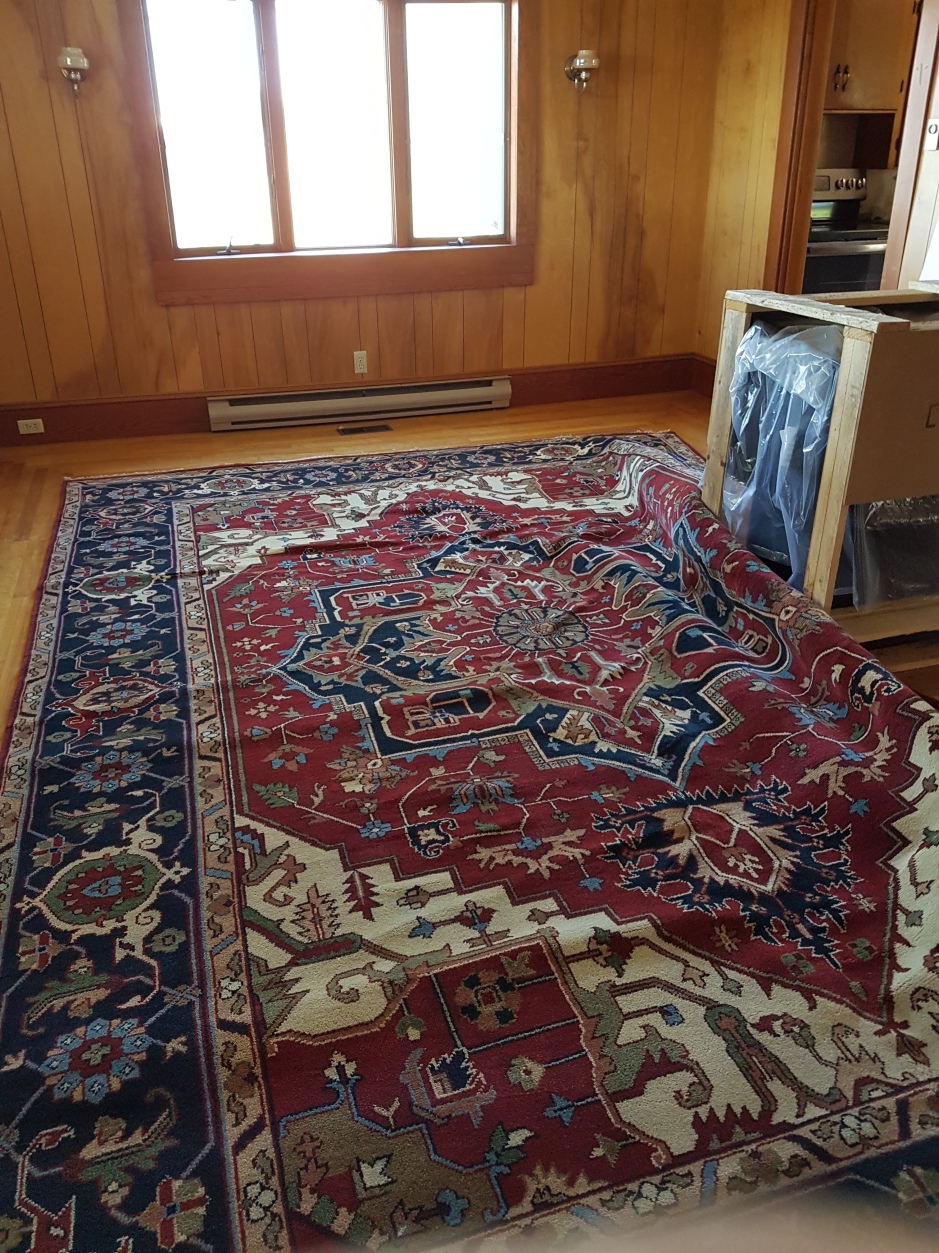