I realized that if I kept just taking photos of ice/snow/sea fog you’re going to think I’m living in a monochrome world.

It’s currently almost 10C (50 F), and tonight’s the next deep freeze, so I went for a quick trip to the Harbour. 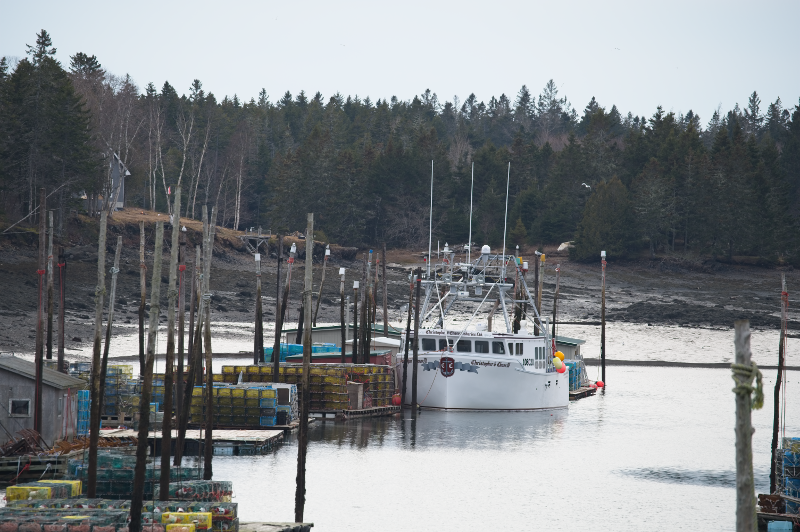 The lobster and scallop seasons are over for the time being and the area was very quiet; a few people doing maintenance and Winston walking his dog.

I’m hoping this means at least one of my projects will get underway very soon. 🙂

There are days when I don’t want to learn anything and I really don’t want to assemble anything. Today, though, I was productive.

I opened my new set of socket wrenches and made them work for me (there was a brief period of argument, but I won). I don’t know why somebody thought 4 bolts were needed to attach 1/2 oz of hardware onto each of the window frames, but there you are. They’re all off now. 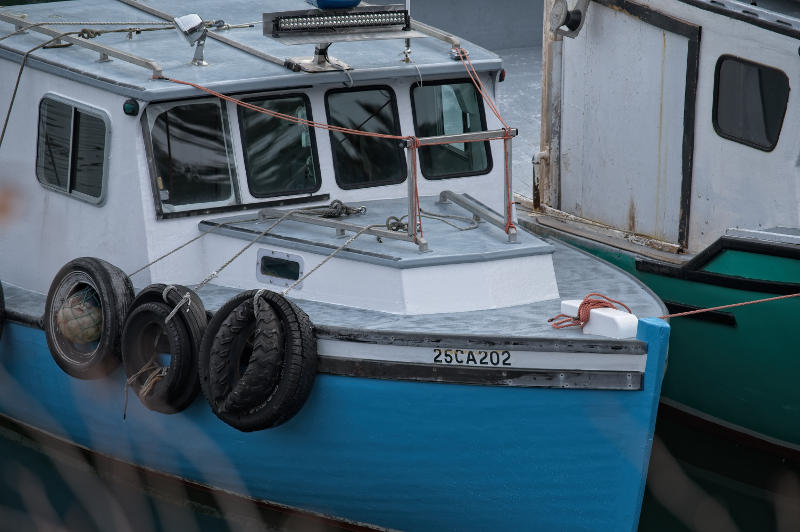 I’m not working as hard as the man in the next photo. You can see people foraging at low tide for a delicacy they really like.

It’s not an activity for me to be honest. But then I don’t really feel like having whelks for dinner. 🙂