The subjects today should probably be dealt with over at least 2 posts, but I’m going to cram them into 1. After all it covers just the past 24 hours.

Stanley arrived early yesterday and asked me if I wanted to do the plumbing project. Hell yes! Remember, the water from the pump is really dirty, and the pipes are full of grit, and the water pressure sucks because there’s dirt in all the connections.

Now in my naiveté I thought we would put a new filter on the pump, flush all the pipes, and clean the connection points on the sinks and washing machine.  Ha!

What we actually did was replace the filter, and replace ALL THE PIPES, and clean the connections. 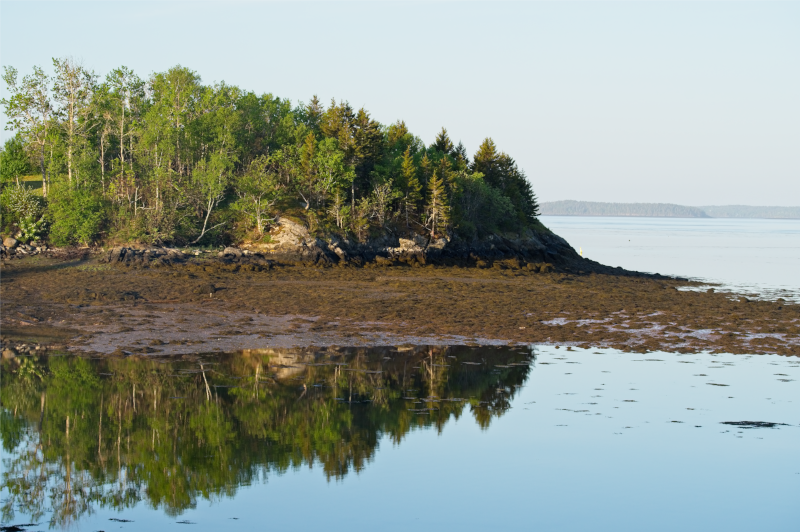 I went out last evening to take a shot of the now blooming lilac and realized that I haven’t mentioned the hedges. Lilac hedges. They surround me and there are hundreds of feet of them. The blooms are now open enough that at dusk the air was full of beautiful scent. It’s extraordinary.

I went out again this morning at 6:30 just to get a couple more shots for this post – I wasn’t going to make you look at all of the old plumbing.

Just off the point in the earlier landscape photo up above I saw movement in the water. The minke whale was crossing outside my cove. I lined up a shot so I’d get a picture when s/he surfaced, but s/he didn’t. The Wendy Ann decided to pick that particular moment to cross his/her path.

Trust me – you see that boat? There was a whale there. He or she will be back – in the meantime, I didn’t have a nap yesterday. I’m going to go make up for that now. 🙂