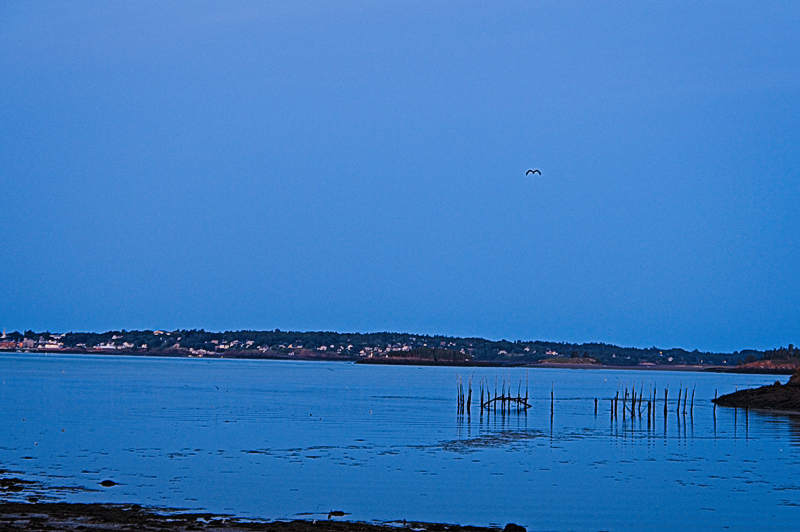 Looks fairly calm out there this morning. Doesn’t it? Don’t be fooled. I waited til there was some light to try and take pics but the noise started long before this.

There was a loud whale just past the weir and jumping fish were seeking sanctuary in the low waters of the cove. This meant that a large flock of seagulls gathered – and squawked. 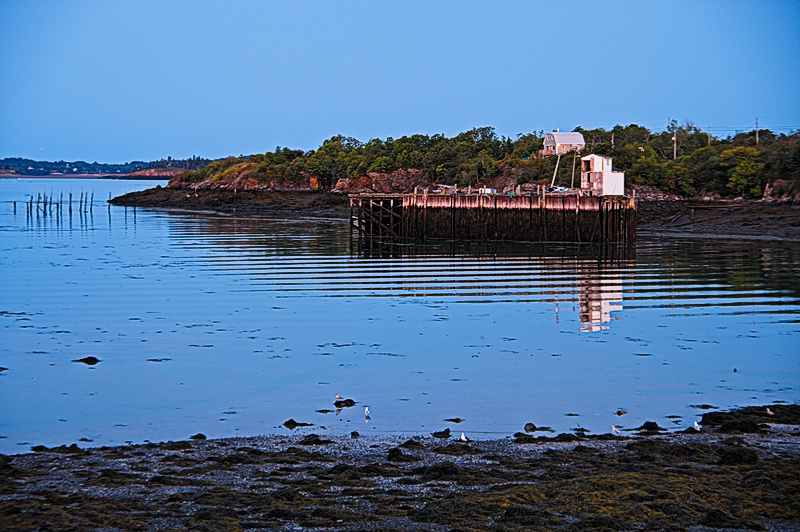 There is an enormous amount of herring around the Island. I didn’t ask his permission so I won’t share with you shots of boat holds full of them or the fish finder screens showing huge groups of them entering Herring Cove to escape the whales. It might not happen again for years – so the fishermen are making the most of it.

Eventually this whale moved off and the fish made a run for it, followed quickly by all the gulls. Two, however, stayed behind just to keep an eye on things. 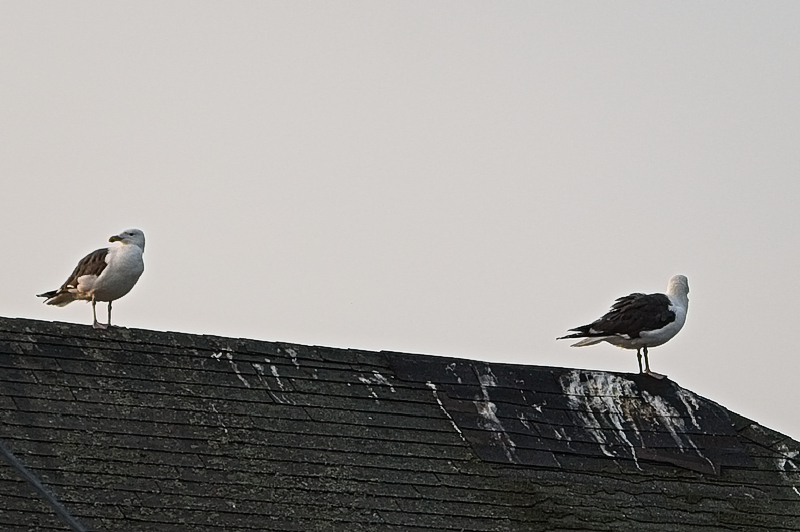 I’ve decided that the only way to clean the house after the work is done may be to get a power washer. It’s going to be worth it though – at least, that’s what I keep telling the cats.

I’m getting some painting done while Stanley spends his time with one of the crews gathering up all those fish. It’s my only chance to catch up with him. He asked me the other day how much of the ceilings I had ready. The reply was a mumbled “not enough”. sigh 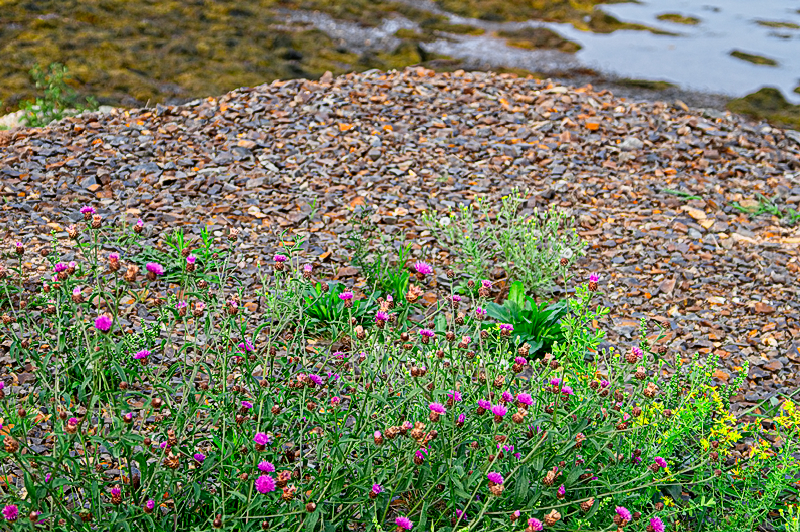 Some of the talk this week is about a CBC program filming here at the moment. There will be a community dinner on Tuesday and a show by the host, Comedian Jonny Harris, on Wednesday. I’ll have to remind you about it next year – it’s due to be broadcast in June 2019.

Lastly, it’s time for the rockweed harvesters to come back and get this stuff out of the cove. It’ll get transferred to a larger boat, taken to an old airport on the mainland, dried, crumbled up, and then used in ice cream and pharmaceuticals. It’s monetized housekeeping. 🙂 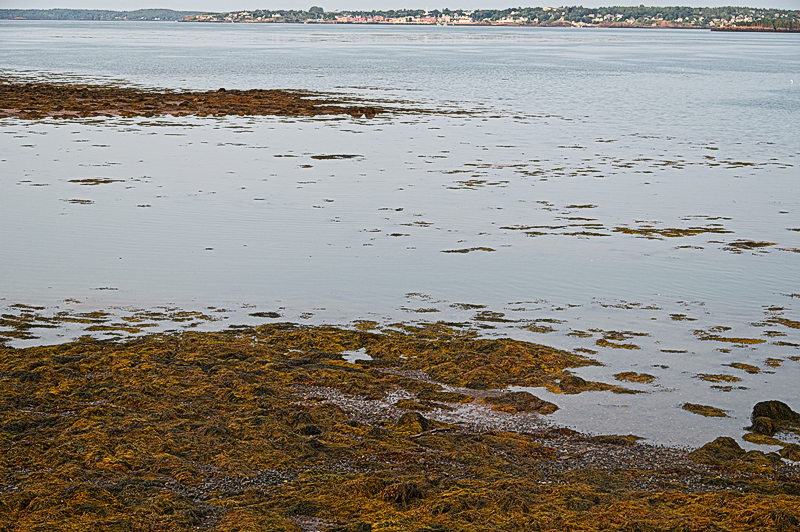