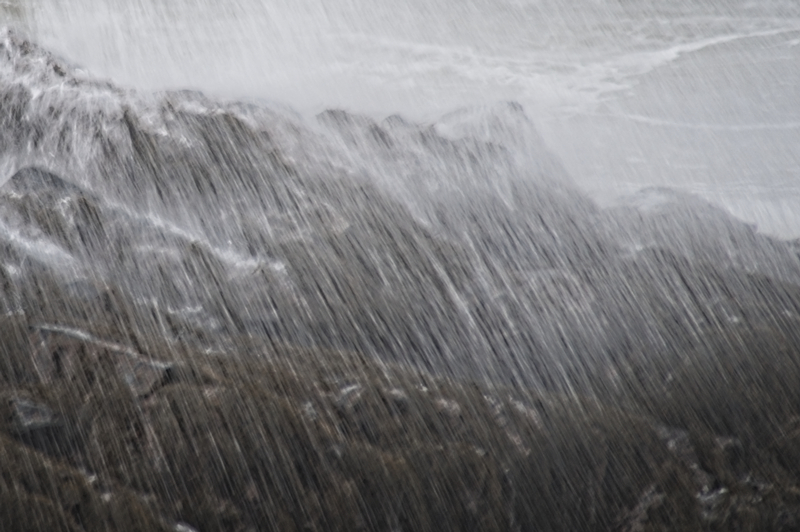 Rather than waiting until the aftermath I went out in the storm yesterday. The first shot gives you an idea of the rain and wind we got. Different parts of the Island had some shelter so you get calmer images from a few of the beaches.

Next time I’ll wear my trooper hat – a hood is no good in these winds. I was soaking wet and freezing by the time I got home. Part of that is because I stalked some wild turkeys through the brush – they got away. This time. 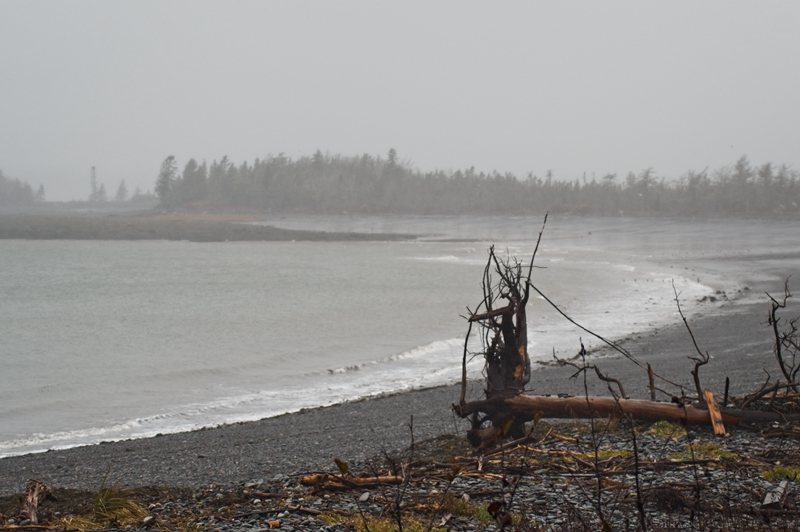 I have some “before Lobster Season” shots to share with you tomorrow. All the boats bright, shiny, and clean as they prepare. These storms are causing a lot of anxiety though.

There is concern that the Season will be delayed because of another impending weather event, but there is a bigger worry. 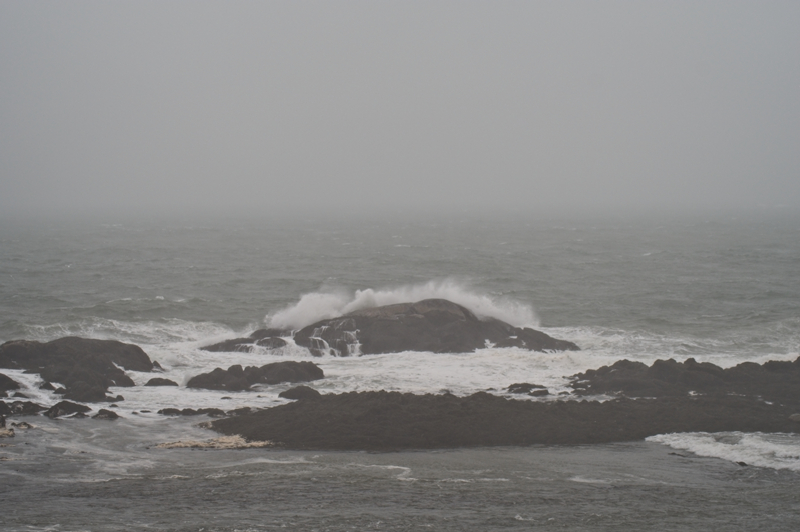 I’ve talked to a lot of Fishermen in the past few days and they believe that these early storms will force the lobsters offshore. There is a lot of hope (mostly because of the amount of money which will be lost otherwise) that the Season won’t be awful.

The looks on their faces, and the stress in their voices, tells a lot about how thin that hope is. 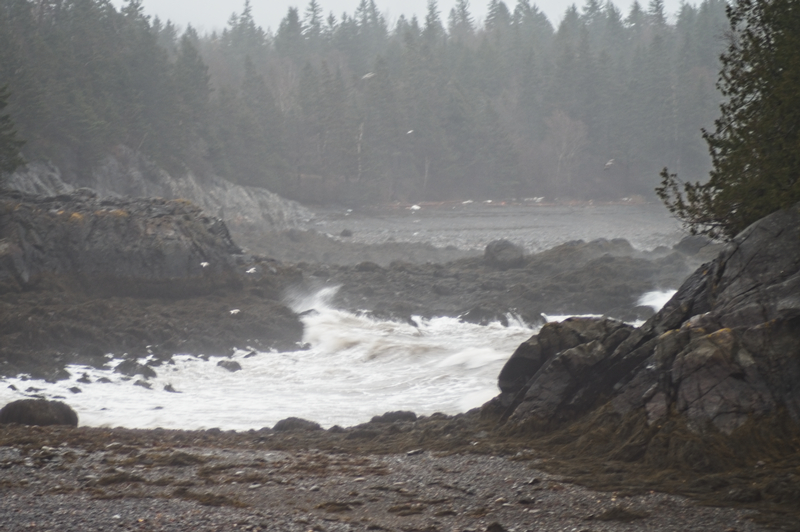 Most of the optimism is expressed by the younger guys. The older, more experienced Fishermen are the ones shaking their heads and making contingency plans.

Fishing is a huge gamble. I hope the young ones are right. If not, this will not be a happy Island for the next few months. I can’t do much about that – so I’ll just keep trying for pics of those elusive turkeys. 🙂 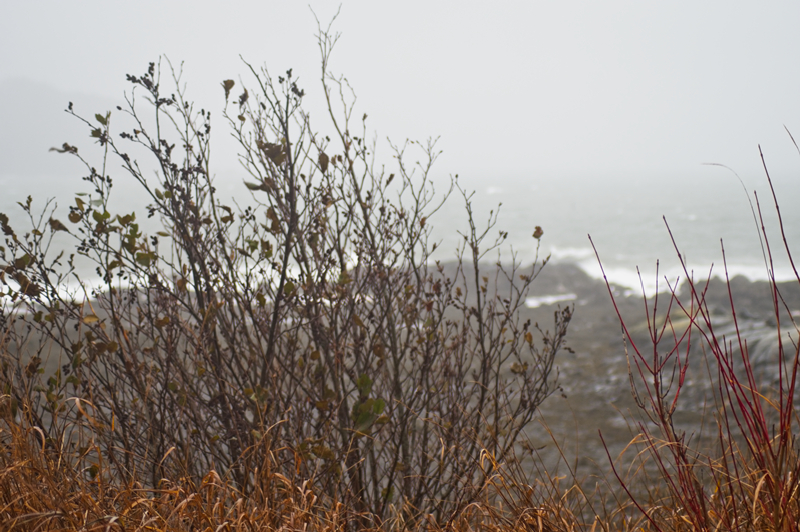