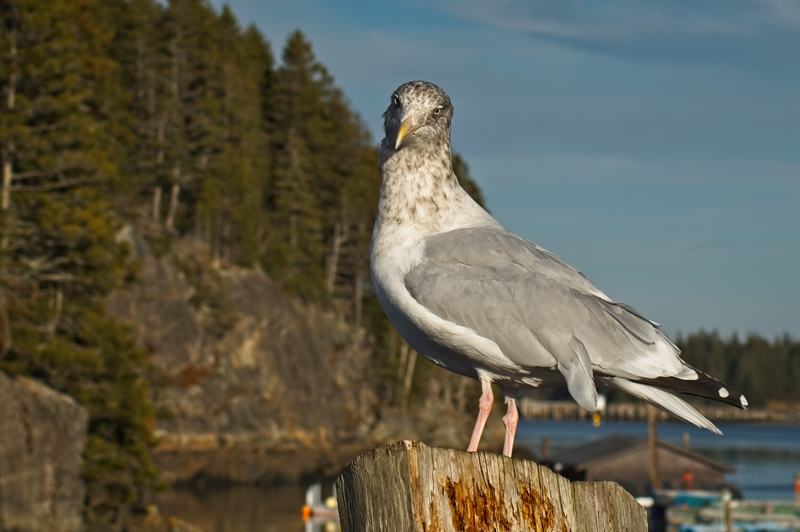 The gulls here like to pose. Who am I to deny them their moment of ego-gratifying display?

I also have one pic from yesterday’s return trip to Grand Manan. Red Deer are bred and raised on the Island. It’s sort of relevant to the story I want to tell you.

It was another long day and I was driving through Maine in the dark. The car was moving at the posted speed of 55 mph (90 k/hr) and my lights were on. Things were going great.

Then, for some reason, a Dodge Minivan pulled onto the highway directly in front of me at a very slow speed and came to a stop. We didn’t hit him but that’s not because of any help on the other driver’s part. I can report that Molly’s brakes work very well.

My companion woke up during the drama (I may have shouted some bad words) and said that he had assumed we were going to hit a deer. This is a constant worry on these roads.

We got back to this Island about an hour later. Just after we drove past the school we came upon glass all over the road and a car with its hazards blinking.

As I helped the driver report the accident, and shoveled glass off the highway, two men went out with flashlights to try and find the large deer which had collided with the little car.

The current assumption is that it was the 6 point buck we’ve all been glimpsing for the past few months. There was evidence that he’s injured but there was no luck last night finding him. Nobody wants to think about an injured animal lying in pain out there in the woods.

When we finally continued on our journey home my companion said that if I hadn’t had an encounter with the idiot in the Minivan the deer would probably have hit me instead.

Now there’s a thought to bring me comfort. Huh? 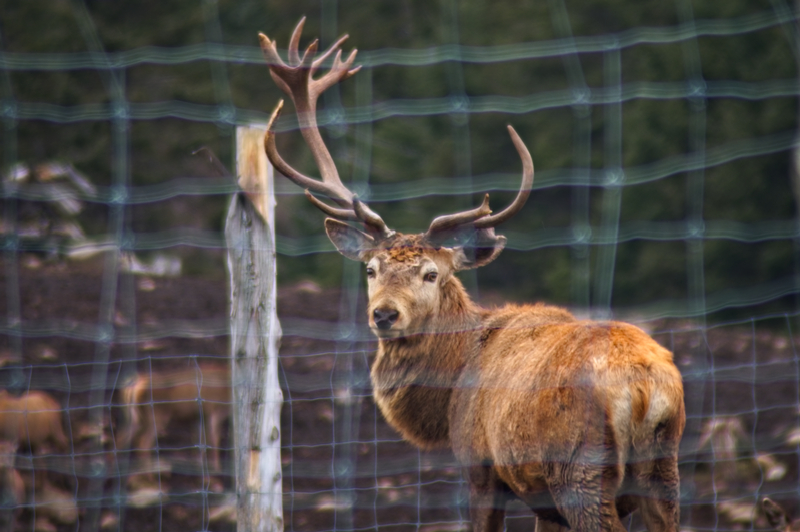