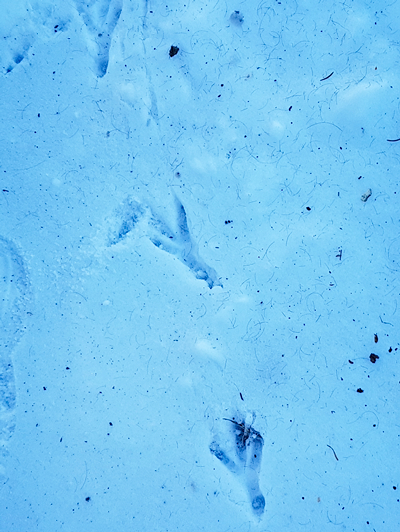 I’m starting today with a photo taken with my phone. Not a great shot, but it shows you some footprints I discovered on my back porch the other day. Why? you ask. Well, I measured them and each is over 4 inches long. I’d like to meet this bird. From a safe distance. 🙂

The remaining illustrations were taken early this morning at Herring Cove. They were all taken with a high ISO so they’re a little weird. It’s a cold and windy day. The very warm, wet spell is over. Still, apparently we’re going to have a green Christmas. 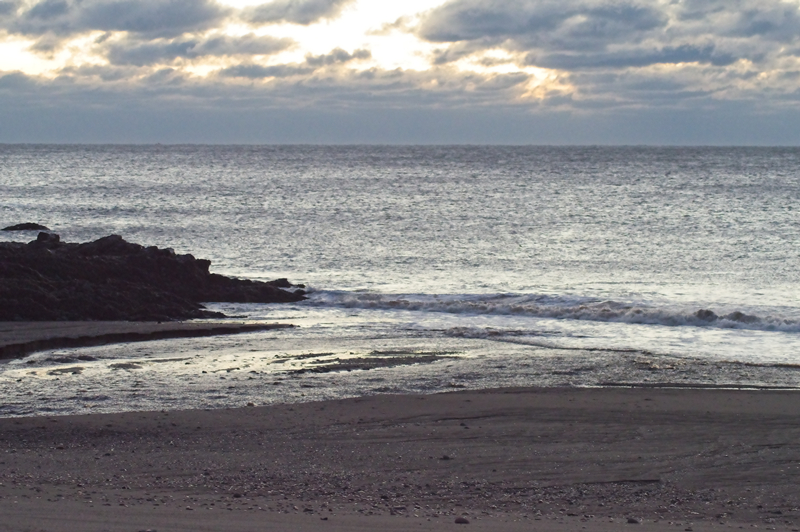 Being a major shopping season there has been a great deal of travel. Much of it to Saint John and I am more convinced than ever that I’ll never move back to a city. Our version of a traffic jam involves waiting to pass two pickup trucks stopped in the middle of the road while the drivers have a conversation.

All this travel means I spend even more time at border crossings. They aren’t huge installations – there are no major populations around here. I’ve encountered a large percentage of the Border Patrol Agents on both sides and you get to know them. They tend to share – particularly some of those on the American side who wish to communicate bad tempers and bigotry. It’s really not a good look for the Country, but remaining calm and polite gets you on your way unscathed. Usually. 🙂 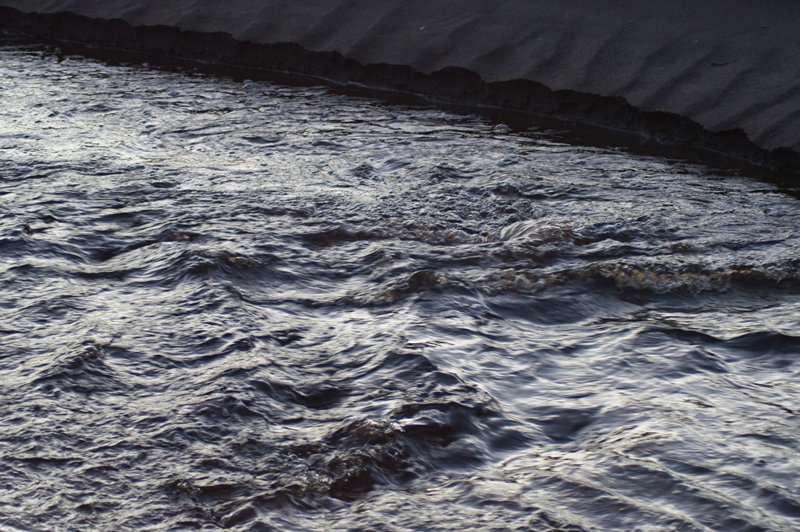 I’m telling you all this because of an encounter we had last night. It had been another long trip to Saint John and we were crossing into Maine from St. Stephens. As we approached, the discussion in the car revolved around the current partial shutdown of the American government and its impact on their Border Patrol.

We weren’t sure what to expect but we knew whoever we dealt with might not be very happy. “You are essential. You must go to work. Oh, and you won’t be getting paid until sometime in the future. Merry Christmas!”

We arrived to discover the only open lane blocked with a traffic cone. There were two Guards searching a car with Canadian plates and a young guy sitting in the Patrol Office looking very unhappy. 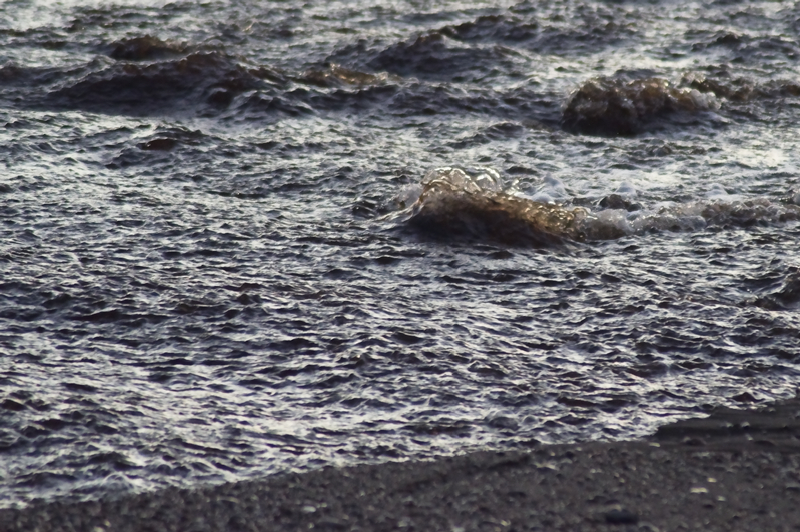 They finished the search and the woman went into their Office. The man removed the cone and motioned us forward. I had never encountered this Guard before. He was very big – well over 6 feet tall, fit, with shoulders like a linebacker. He carried himself with a smooth effortlessness and reminded me of somebody in the military.

The Guard looked at our papers and then addressed my young friend in the back seat. He asked his age and the response was “almost 16”. He then said “Well, this is an opportunity for you to have a life lesson.” We’re all thinking “WTF” and I started calculating how much I had for bail.

He then asked if we’d seen what the woman had been carrying in her hand. We hadn’t. It was a BB gun modified, he said, to look so much like a real gun that it had fooled him. 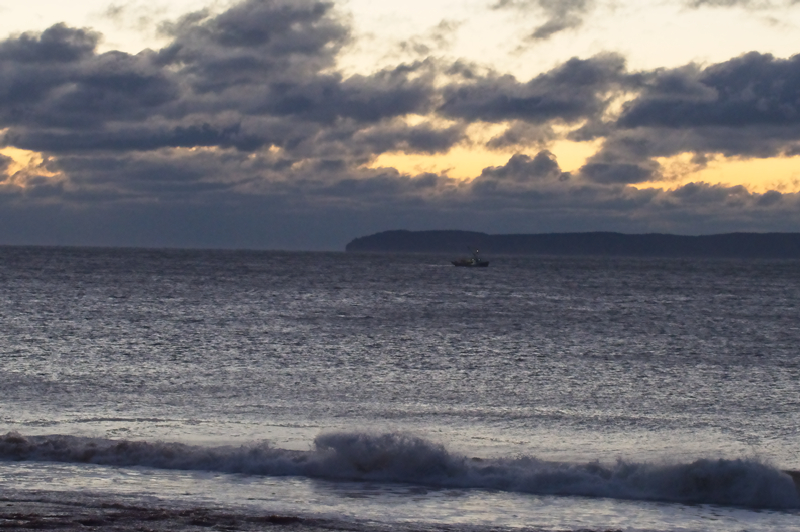 The driver had told them he was going somewhere dangerous and wanted to be able to intimidate people. (Honestly, this idiot had demonstrated so much stupid it’s hard to parse it all.)

The Guard very calmly explained to the teenager in the back seat all the ways the driver, currently sitting miserably inside, had used bad judgement. He ended by looking my friend in the eye and saying “A gun does not make you a man.”

You know it’s easy to conclude that various agencies send their “leftovers” to this corner of the world. It’s also easy to believe that civil servants of all nationalities are just putting in their time.

The Border Guard we met last night impressed the hell out of all of us – and I include my young friend in that group. I really hope his Country appreciates him. He’s the kind of big guy you want representing your nation. 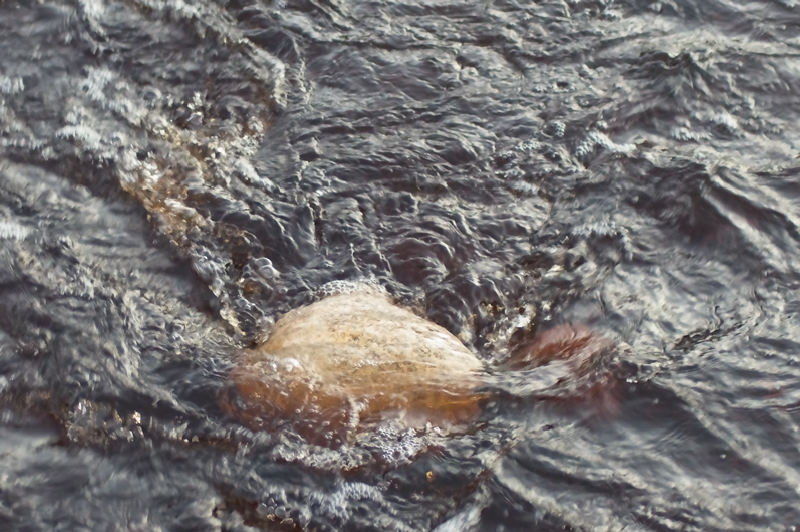