Yesterday’s rain washed away a lot of the ice – or failing that, it created ponds on top of the ice. It also did a great job of washing all of our vehicles.

The wind wrecked havoc. Honestly, as a civilian in meteorological matters, it seems to me “hurricane strength gusts” shouldn’t really be considered gusts if they last for 20 minutes at a time.

I’ve shown you photos of scows before – those floating platforms that house everything from the companies collecting the lobsters & scallops fishermen have caught to the various supplies people don’t want to take home. In many cases the latter consists of hundreds of lobster traps.

Most of the fleet is out today finishing off the first week of the scallop season. The rest of the harbour community spent much of the day rescuing the scows which had broken free during the storm.

As usual I just spectated and tried to avoid slipping on the ice patches clinging stubbornly to the wharf.

This guy was far more judgmental. I scolded him which is probably why he moved his head slightly as I took the photo. He knew what he was doing. The brat. I’m using the pic anyway. Next time he’ll beg me for an opportunity to show off his fine *cough* profile. 🙂 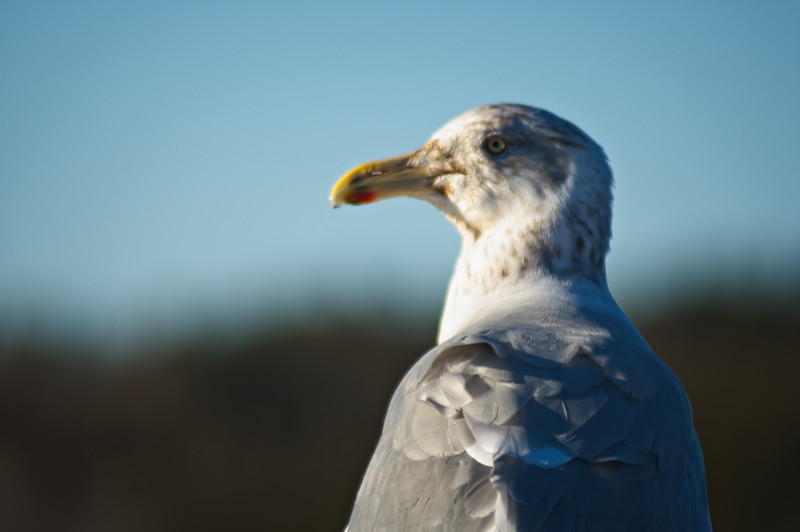