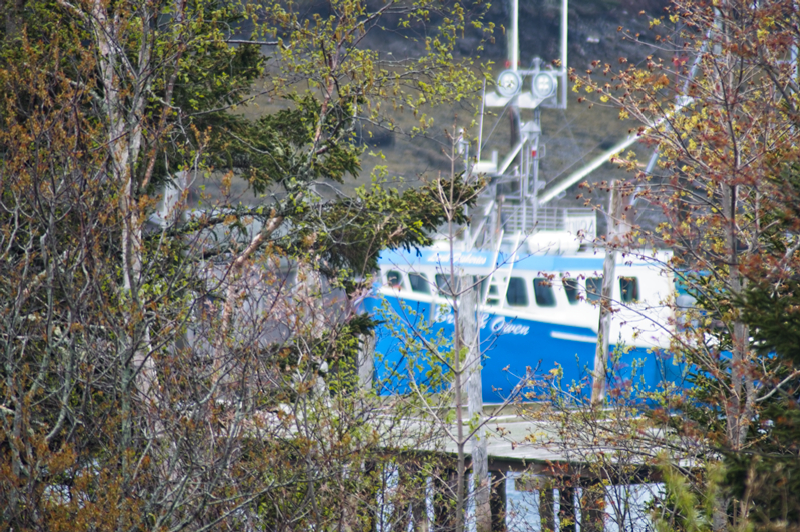 The other evening I explored some parts of the Harbour I hadn’t visited before. In addition to a few fine, big boats moored at this end my visit included a tour of the Lobster Tank. I’ll have more on that in a future post. Part of the landscape back there was described to me as the “boat graveyard”.

To put what I’m about to say in context I should note that the annual Island Cleanup project was recently undertaken. This involves volunteers cleaning up the roads and ditches around our little slice of paradise. I’d suggest the program be expanded.

Much of their hard work was compromised by the  under-utilized-but-terribly-intelligent-young-men driving around behind them and discarding their beer cans and cartons in the same ditches & roadways. The little darlings. If a grump like me was in charge they wouldn’t be allowed to buy more beer unless they brought back their garbage from previous purchases. Probably why I’ll never be in charge. 🙂

There are two other categories of (what I’ll call) trash around here. The first I’ve shown you a few times. This involves old boats and buildings that are left to decay naturally. I think the belief is that they will eventually just disappear. I should point out that the green/white boat above has been left so long that evergreens are growing on (not through) the deck. Eventually is a very long time.

I’m told that, in days gone by, Fishermen on Unemployment were required to dismantle the derelict boats and burn the old wood to continue qualifying for their payments. Pity that system wasn’t still in place. Perhaps it would be a way of keeping those bored young men occupied.

Another type of discarded waste is metal. Everything from old winches to cars. If there’s a ferry this year some enterprising scavengers could make a fortune here (and on Grand Manan) retrieving this junk. They’d need local help identifying which items are useless and which are just being stored on the ground, but the Council could provide the necessary direction. 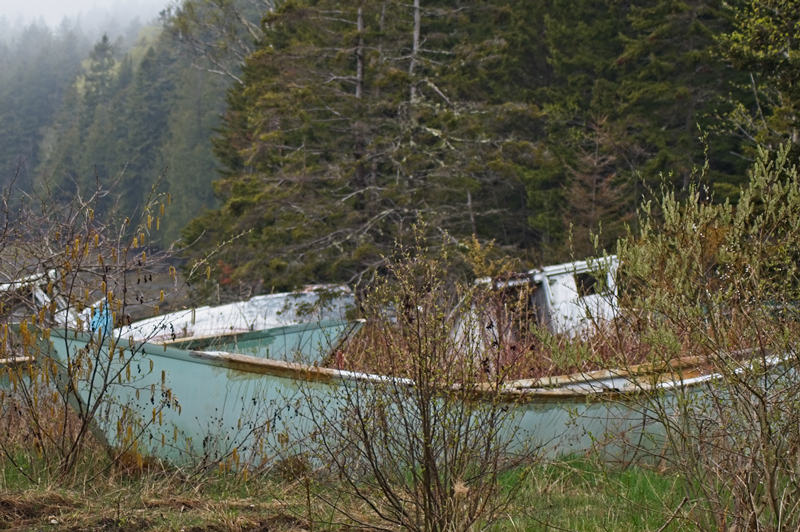 For those preparing to return to the Island this summer I have an update on the wharf removal in Curry Cove. Work started again on Monday and they returned this morning – only at low tide so far for obvious reasons.

The big orange digger is moving logs around on the beach and there’s a smaller (than the ferry used initially) barge being used to get rid of the broken pylons still stuck in the sand. They tie lines to individual bits and then use a winch to pull them loose and up out of the water. I don’t know how long this will take but the good news is that it’s being done. 🙂 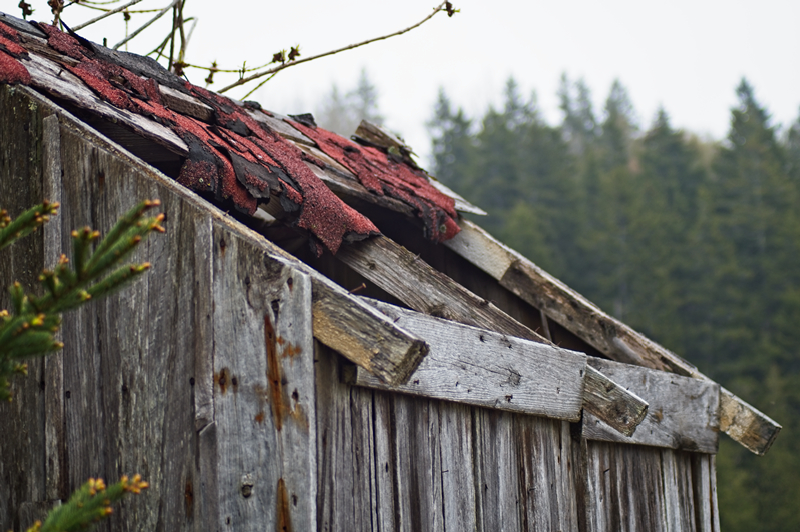