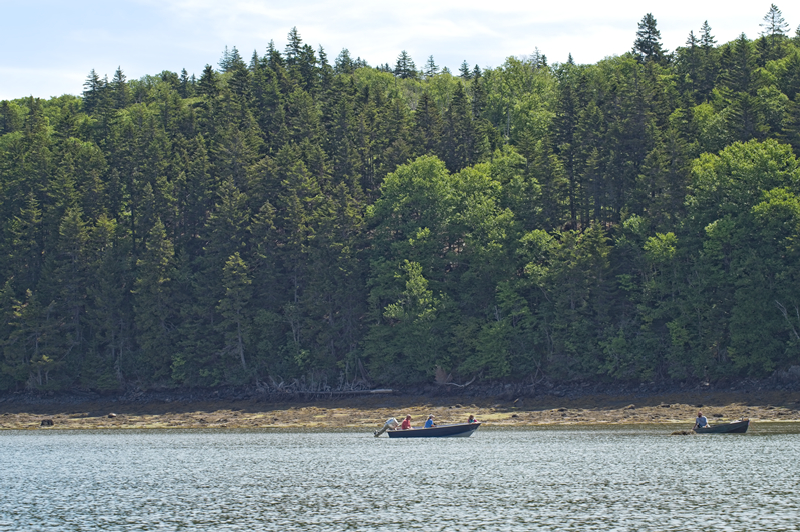 The other night I was enjoying supper at Herring Cove when my companion collapsed in agony. I called the ambulance and followed them up to St. Stephen where we spent the next few hours. The consensus was that he had a kidney stone and it hadn’t passed. They would call the next day with a time for the ultra-sound and, in the meanwhile, we could head home.

On the journey back to the Island I heard (at length) how, if it had happened while he was clamming that afternoon, he’d be dead. I think pain killers must affect short-term memory because I heard the story multiple times.

They did call the next morning and scheduled the test for the following day. He said, “Good. I’m going clamming.” I looked at him, remembered the conversation from the previous night, and replied “I guess I’m going clamming too.” sigh Somebody would have to be able to call 911.

Many years ago a ‘friend” had the bright idea that “we” should go digging for geoducks (similar to razor clams). I hated every minute of it. I hated walking from the sand across miles of mud flats and I hated bending over (for what seemed like hours) chasing the neck of the clam with a trowel while it withdrew deeper and deeper into the mud. They may have started out as 8 or 12 inch necks, but they morphed to 4 foot long taunting, miserable, elephant trunks. I don’t think I achieved anything except getting sprayed in the face by the little bastards when they squirted. I hated them and the person who dragged me there.

I didn’t actually dig this time. I mean, even if those horrible memories weren’t still lingering, I couldn’t. No really. I had heart surgery. I have to be careful. (cough) Also I forgot my rubber boots. (oh dear)

I sat in the boat and watched while intrepid clammers used claws (think curved pitchforks without the wooden handles) to turn over the mud and reveal their prey. I was busy too – I took photos, ate my snacks, watched for wildlife, and witnessed multiple men peeing multiple times. It was very educational. Oh, and I laughed every time one of the clammers yelped because a clam had squirted them in the eye (it was a sympathetic laugh).

Using a heavy metal fork instead of a trowel was not the only difference between these clammers and my pitiful attempt way back when. The biggest was the manner in which we got to the mudflats. Instead of driving, then hiking across sand and way out onto the mucky stuff, they use outboard boats.

You head to the area you’ve chosen an hour or two before low tide. Then throw out the anchor at your favourite spot and wait for the water to disappear. The really important part is to pay attention to the tide coming back – it doesn’t take very long once that starts for the boat to lift off of the mud and be floating again.

I was the only one out there “not doing anything” – honestly my job was to pay attention for thuds and screams of help, I couldn’t be distracted by mollusks. I did occasionally look around (somebody else might have needed rescuing) and saw that deer. I’m sharing this because without her to show relative height you wouldn’t realize that the grass was tall enough to hide her before she emerged.

We were out there for more than 5 hours. I was exhausted. People asked me later if I enjoyed the trip. After eliciting sympathy for my fatigue, I told them the truth. I did enjoy it and I’m sure I was an enormous help. Nobody has mentioned that though. 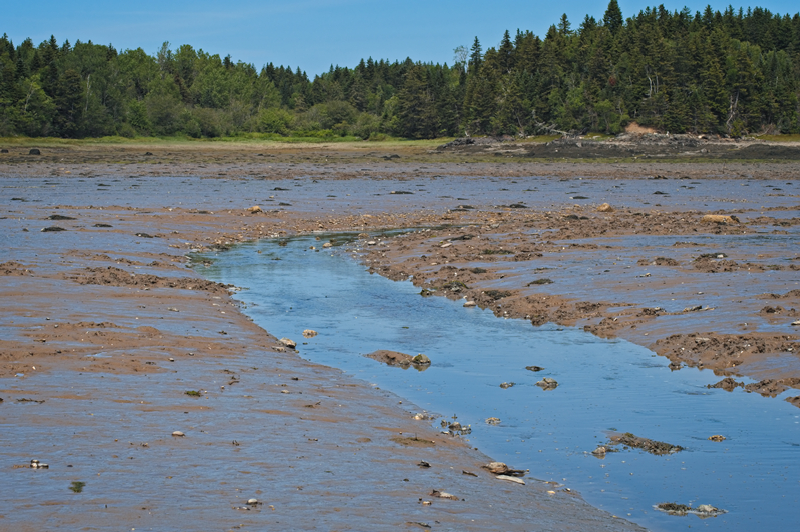 We went upriver for the ultra-sound the next day and they couldn’t see anything. The consensus now is that it passed on the day we went clamming. Based on the complaints I heard during one pee break I’d say that stone is now part of the Island’s watery ecosystem.

I didn’t go out again yesterday – there were important naps to be taken at home. Besides, I had kept him and the others on the mudflats safe and got them all home alive. My work there is done. At least until the next crisis. 🙂