It’s very quiet here on the Island right now. Oh there are tourists, but a lot of residents have gone off to their camps or are staying home. The lobster fishing season is over and, apart from some last minute preparations, the herring fishery is still in waiting mode.

I think there’s some kind of duck convention going on – large groups of them just practice their drill formations for hours. I assume somebody provides the oranges & gatorade, but it’s not me.

Still there are moments of excitement.

Some of our tourists arrive by water, they also live in the water. I’ve mentioned the whales and seals and fish. The one ocean dweller I’ve never mentioned on here is the shark. There are usually a few sightings every year and (as with all great fish stories) the size of those witnessed increases steadily.

The shark biologists I follow on Twitter will tell you not to be worried. Still, a diver around the point from me saw a shadow above him and, when he looked up, he decided to go somewhere else. He said it was 12 feet long and he won’t return to that cove. 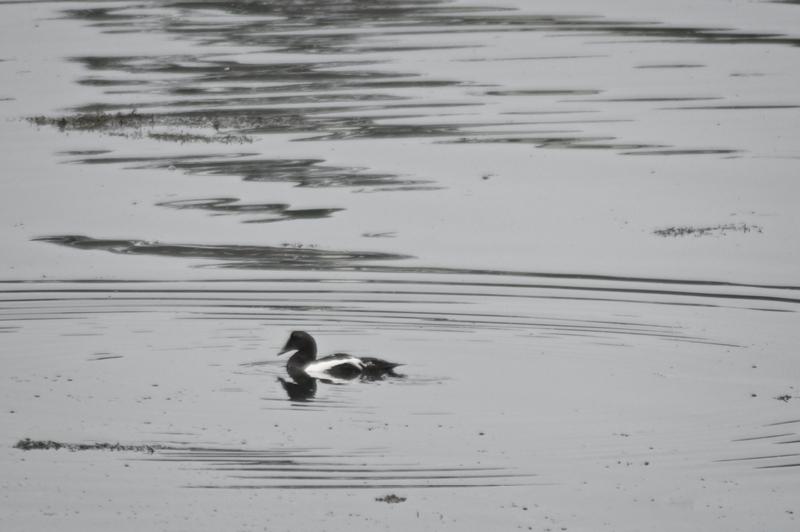 Sharks are not unusual in the Bay of Fundy and you can track some of them. OCEARCH tags a number of them and then posts their location (and their travels) on their website.

One of the Mako sharks they’ve tagged is named Oscar. This guy apparently hasn’t surfaced long enough since July 11 to be tracked. Coincidentally this is approximately the same time the number of shark sightings escalated around here. It could be just an untagged cousin or it could be that our Island is in a technology shadow – certainly it appears as mainland on their world map. Or maybe we really are like Brigadoon. Whatever the truth we’re all calling him Oscar. 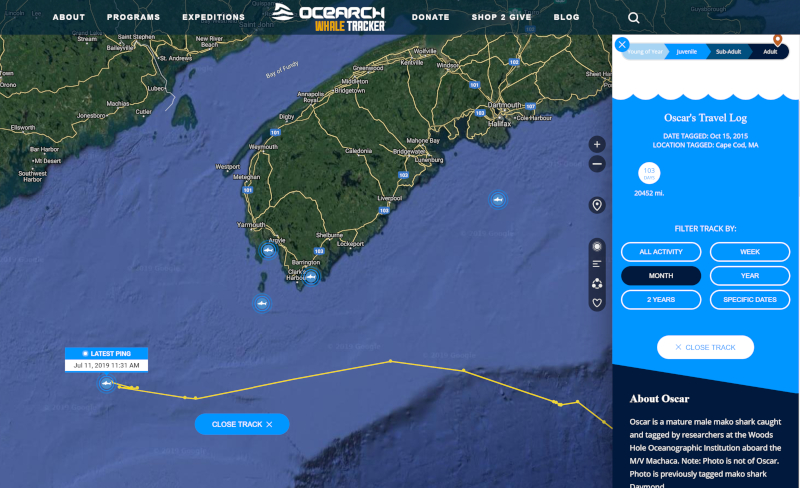 Oscar (if that’s who it is) has an adventurous spirit. He has traveled over 20,000 miles in a very short time. He reminds me of young adults wandering the world during their gap year, meeting new people, making new friends, seeing different cultures, sampling the food, etc.,

The other night off the Ferry Landing 3 people were in a low-sided outboard. They had just caught a number of mackerel and were cutting off their heads and discarding the bits in the water. Now, if you were Oscar and interested in sampling the street food in a new town you would be drawn to this type of advertising. I know he was. He chomped on the motor, stuck his head as far inside the boat as he could, and in general made it clear he was interested in the full meal he felt was on offer. Unfortunately for him their cafe wasn’t open yet and so they didn’t serve him. Ah well. He did leave a reservation for another night.