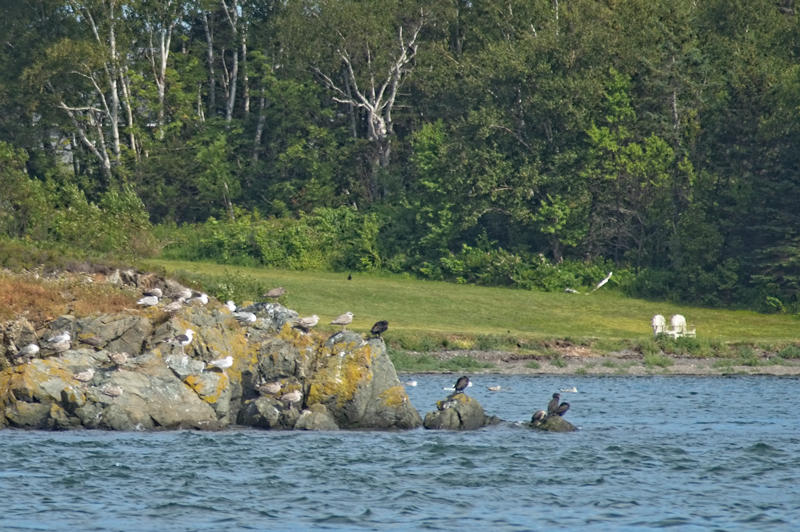 It’s herring season again and, yes, I’ll probably bore you with stories about it as I did last year. My perspective this time is a little different. I’m actually spending some time on one of the boats – sun, water, salty language, meals cooked on a barbeque, it’s an inexpensive way to cruise.

My passage onboard isn’t exactly free. Up to this point I’ve been doing some cleaning (I hate cleaning and if anybody ever suggests you clean below decks on a boat fishermen have been using for years I suggest you run away as fast as you can). I have been promoted though – this is my new favourite toy. 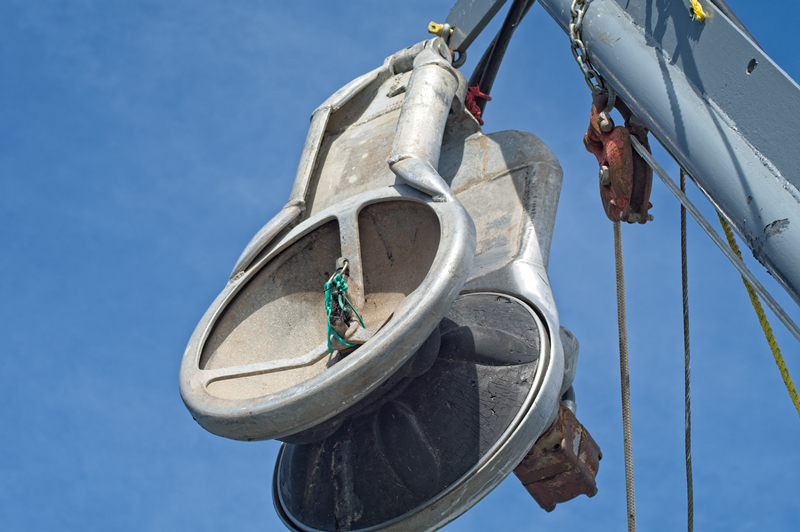 The Power Block is a very useful piece of equipment and (luckily for me) requires no strength or skill to operate. It’s used primarily to lift things, such as miles of net out of the water and onto various floating vessels. The net is very heavy and boats which don’t have access to them have crews with really strong abs.

The downside, from my perspective, is that when you’re hauling up all that wet twine hitchhikers come along for the ride. Small fish, tiny shrimp, sea urchins, and some squid are fairly easy to deal with. However, large irritated crabs raining down on you is a rather disturbing by-product of the process. Part of my job, after the net has been brought on board, is to save their ungrateful lives. Chasing aggro crabs around a boat deck to throw them back into the sea is, frankly, annoying. 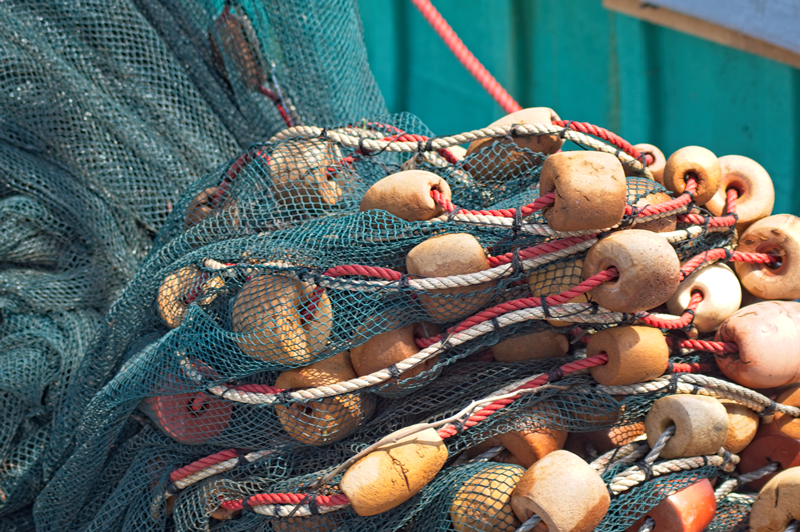 Something else gets caught up in the nets and equipment. Not just when you are lifting it in and out of the sea, but when the fishermen are trying to do the labour-intensive work of getting the herring into the pocket and onto the pumper boats.

This something else is already the bane of my personal life because mosquitoes live there. I’m talking about rockweed. The annual harvest this year was less enthusiastic than one might have hoped. Many of the coves are still full of the stuff and when the tide rises it floats the brown masses around and into the nets. Where it sticks. 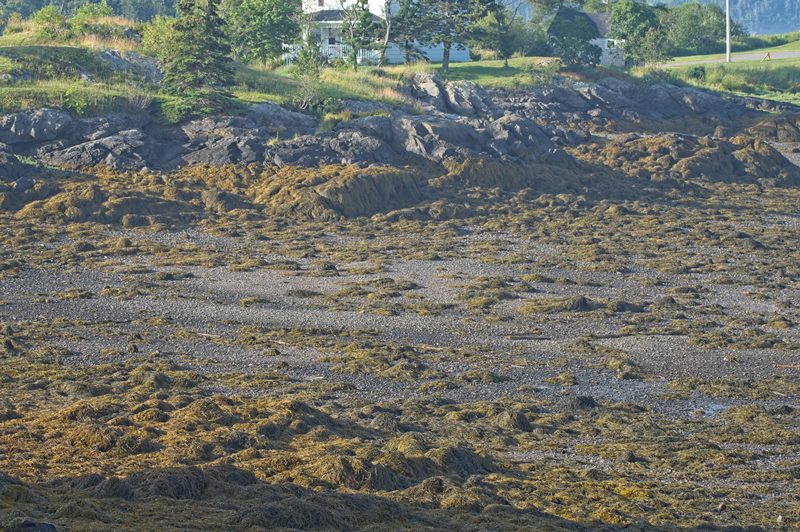 I’ve heard some lecture us on the need to leave the “rockweed ecosystem” undisturbed. Bah. It’s not like the stuff is ever eradicated – even when culled it just multiplies out again over the winter.

I’ve also heard some insist the herring need it. The response to this is to point to last year – the Island was almost completely denuded of the stuff and it was the best herring season in decades. No I think there has to be a way to deal with this invasive, and frankly interfering, menace. I’m thinking a water version of a Zamboni™ – something to skim the surface and remove the offending weeds. 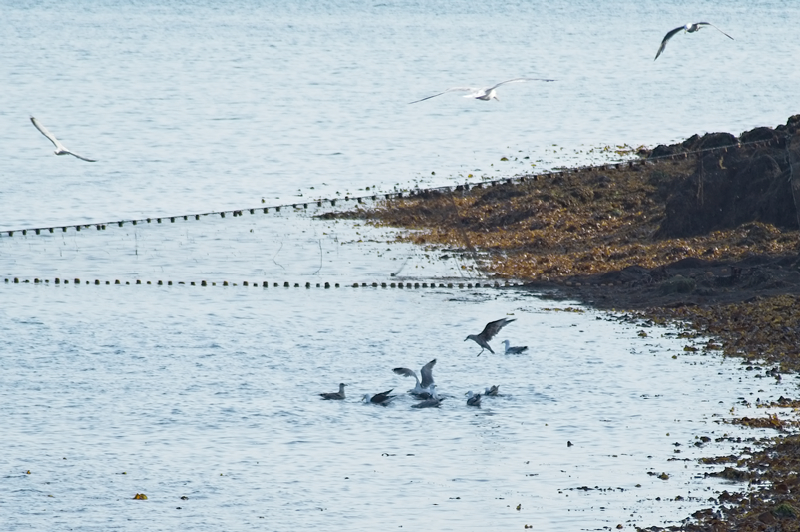 I think cleaning up the all the coves around here everytime the tide brings in more of these brown masses of net clogging weed could earn me a few bucks. I’d also get the satisfaction of displacing entire generations of blood sucking mosquitoes. I’m going to work on this. It could revolutionize the herring fishery. 🙂 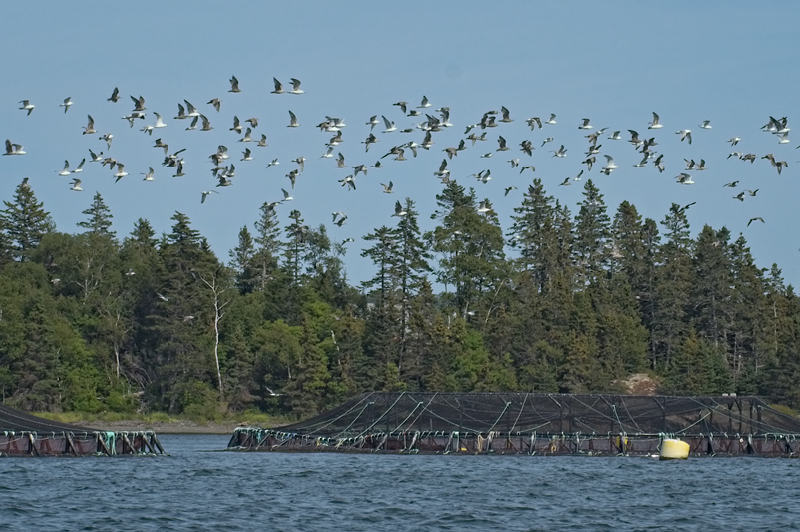