We had another power outage – not one that lasted 30 hours thank heavens, I’ve just begun replacing the food I lost last time.

This giant sea-going contraption is a key component of the big power project. For those wanting more information the CBC has a bit of the story. I’ll have to try to get a shot of her at night – she is very impressive all lit up.

The next pic gives you a sense of her scale – that’s a scallop dragger next to her (without its dragging rig). They say that the cable being replaced “failed” – well that’s accurate as long as you define “pulled up and broken by a scallop dragger” as a simple fail. It wasn’t the one accompanying her now. 🙂 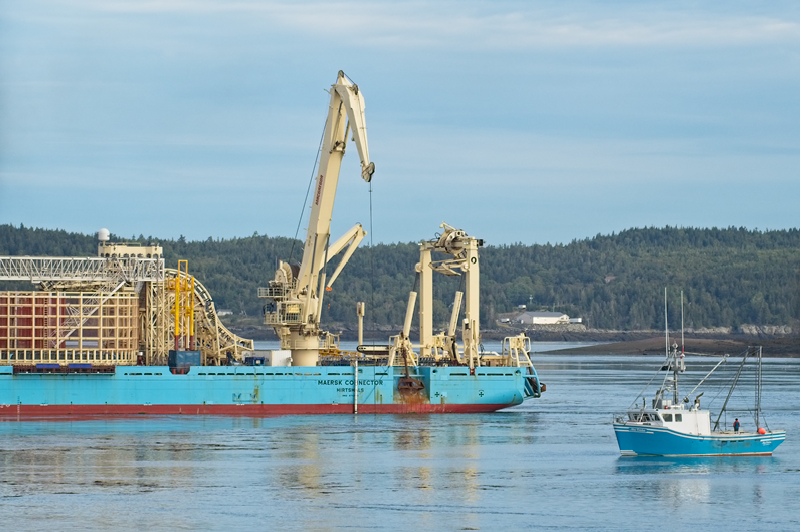 She was just off Jackson Breakwater this morning and we thought we heard loud voices coming from her. It was actually the sound of John Fogerty asking if we’d “ever seen the rain”. This made her seem much less cold and mechanical.

The puppy is still here and he has a name. I could have named him Gull in honour of the sheer number of them around but he’s been saddled with Fisher. Of course we all just call him Fish.

He has two unfortunate tendencies. One is to jump off of things way too high for that sort of daredevil behaviour. The other is to hang around my feet – it scares both of us when I stumble on him.

I’ll have to get him some winter clothes. It’s already too cold for him (the shivering is a big clue) in the mornings but I tried making him a sweater. He hated it. Fish may be tiny but he has high standards in fashion.

I saw something weird the other day. Well, I say that but the consensus is that it was a hallucination due to sleep deprivation.

I was watching the fish finder the other night – alone in the wheel house unfortunately. Suddenly there appeared a giant seahorse with rams horns moving across the screen. It didn’t just appear and then vanish – it moved slowly and consistently across. Really! 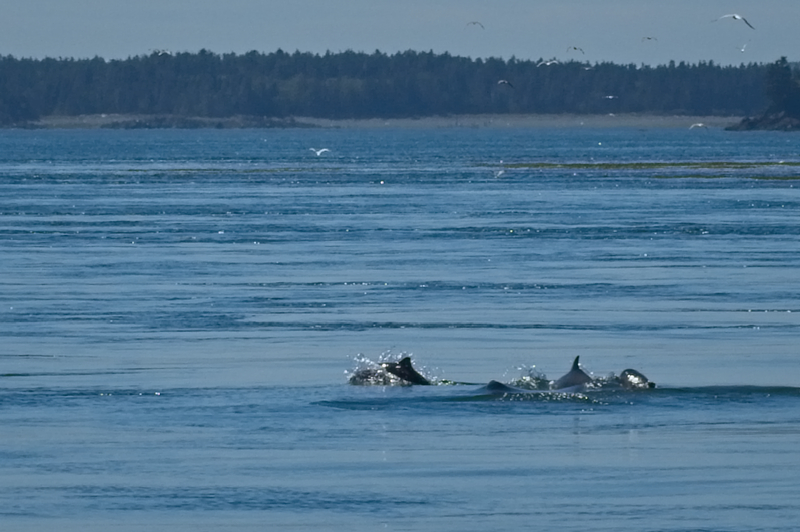 I’ve gotten a bit more sleep the past two nights – although I have to get up 3 or 4 times and take Fish outside. Then once we’re back I have to wait for him to settle down again and stop eating my hair. He’s also decided the best way to wake me up is to chew on my face. We’re going to have a discussion about that.

School starts again tomorrow, the number of tourists is decreasing rapidly, and the Island is starting to feel more normal – less frantic.

I have to get all my wood in place and finish winter preparations. Then I can go hunting that seahorse. They’ll have to eat their words when I show them proof. Maybe the guys in the big cable-laying rig will help.