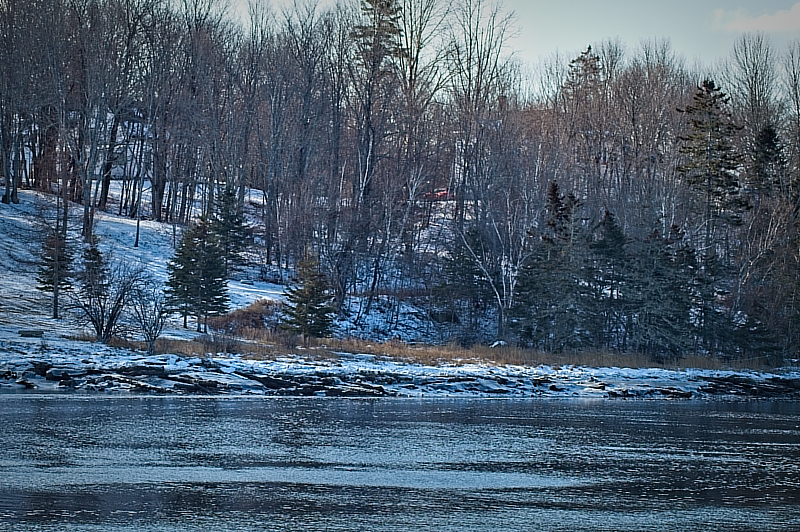 I went to Ellsworth last week along the coastal route, which took me past Bah Hahbr (Bar Harbor), and then up to Bangor for supper. They’ve had much more snow up there. The trip home was through the hills and reminded me that (even if blindfolded) I will recognize Maine roads as long as I live. The only good one is the resurfaced short-cut and that won’t last the winter.

It has warmed up since I took the top photo and that has left us open for another 2″ of rain today. The yard is already soggy – like walking on a soaked sponge – so it’ll just be a giant puddle ready to freeze later in the week.

Tomorrow is supposed to be dry, however the wind is going to pick up. The forecast temperature is 45F (7C) but the windchill is going to be 20F (-7C). That’s just silly.

The weather is doing something strange to the wildlife as well. This next shot isn’t very clear but in the center of it you will see one small group of a much larger flock of geese I saw.

Why does that matter you ask? Because they’re floating on salt water. Not their usual behaviour and surely they should be well on their way south by now.

The herring have apparently also decided to stick around. They disappeared for a while but must have been hiding “up the river”. My cove was boiling yesterday – not from a temperature increase – the late sun through the clouds had the fish jumping. This made the seagulls very happy.

There is a lot of whining about the weather (of course) – the wind is making it difficult to go lobstering. Conversations are changing though. Initially there was much growling about months of heavy snow and cold. Now there’s seems to be a feeling that it will be warmer but very wet and this wind isn’t expected to stop.

I don’t know. Obviously Mother Nature is trying to give us hints but you need to speak “bird” or “herring”. I have to go to Saint John this week. Maybe the deer will be a little bit less cryptic. 🙂 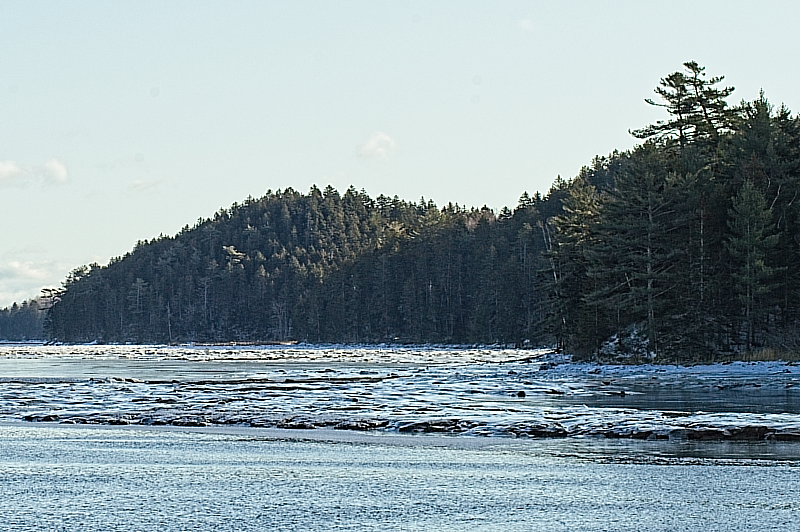