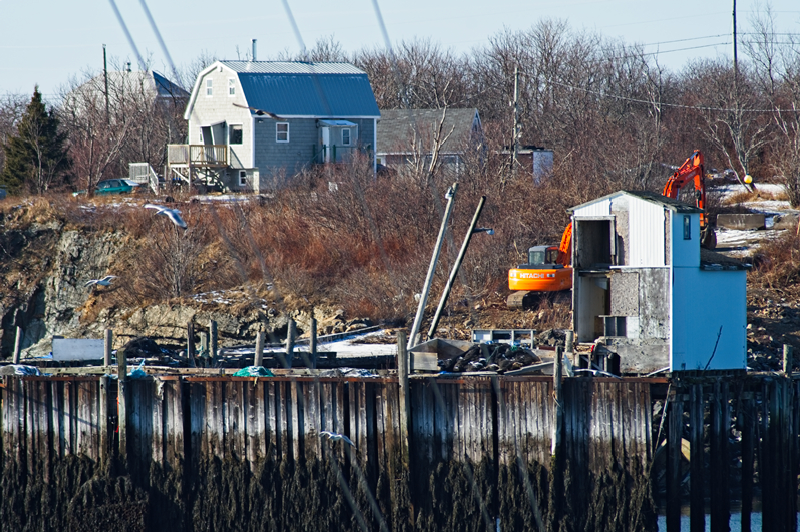 I have, over the past 15 months, shared multiple photos of the old wharf across from me. You’ve seen it in all 4 seasons, with and without fog, in sun and storm.

The thing is rarely used because it’s rotted through and extremely dangerous. Not that this stopped fishermen storing their equipment there or sitting on top mending twine. 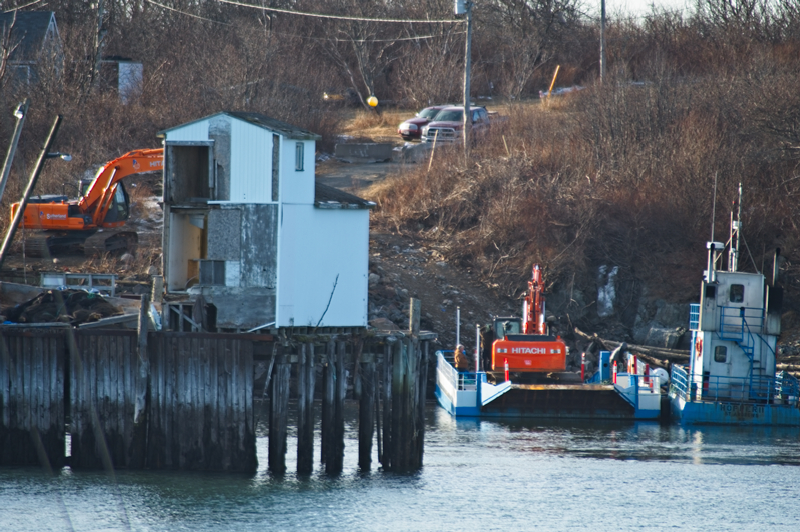 After weeks of preparation, which primarily involved using the big diggers to create a stone platform so they could be moved into position, demolition has finally begun.

They’re starting with the old two story shed and other miscellaneous bits on the top. I’m looking forward to the part where they pull up the pylons. Or knock them down. I don’t know what they’re going to do. 🙂 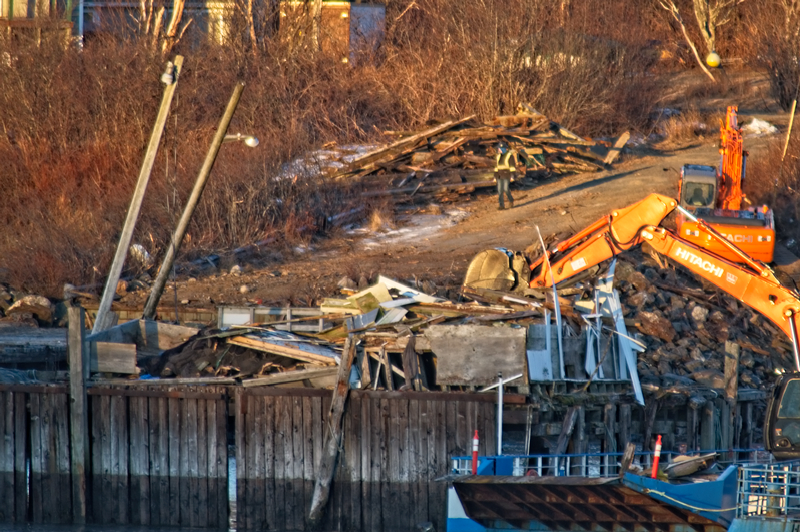 I’m not just sitting here watching though. I have a few projects to take care of – one of them involves cooking a turkey I was given.

I don’t want to offend anybody, but I have learned to avoid American turkeys. The one I was given is a good example of my reasoning. The label tells me that a full 9.5% of the weight comes from injections of “Turkey Broth, Salt, Sodium Phosphate, Sugar, and Flavoring”. 1.5 pounds of stuff. Apart from anything else, why flavouring? What’s wrong with the normal taste of turkey?

If it doesn’t work out I have a good idea where it could wind up. 🙂