I miss gardens. This Island is a rock and, when you factor in the late Spring, there aren’t a lot of blooms around. As much as I love my ducks I still need some colour.

I went down to the Harbour yesterday and substituted the various bits and pieces on board some of the boats for the flowers I’d like to have.

I also amused myself watching the gulls and hawks and eagles feeding on discarded bait. The gulls and ducks are feeding in my Cove but they appear to be eating clam worms. I am not going to link to a picture of these creatures and I suggest you not go looking for one. Trust me. Blech! 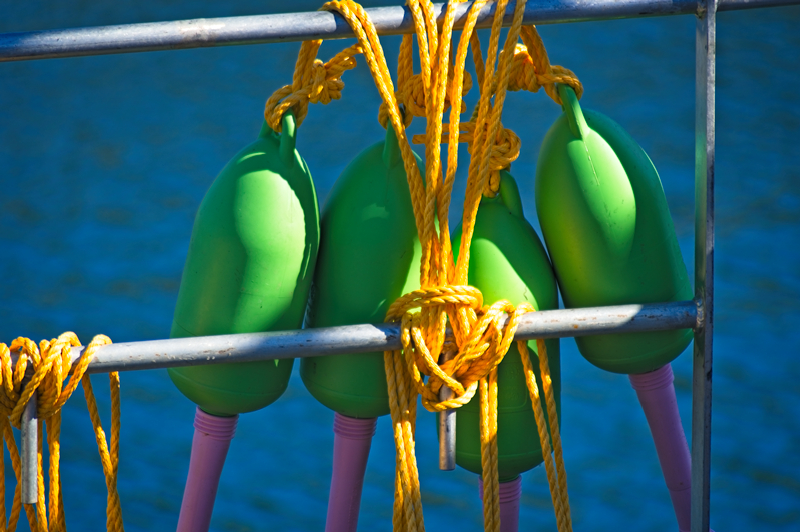 One spot of colour on many of the boats is provided by the Ovatek life rafts mounted on top. These bright orange, hard shelled, safety capsules are meant to prevent both drowning and hypothermia.

They’re shaped like slightly flattened eggs and, in my ignorance, I thought the men were supposed to get in and lie on top of each other. The loading video showed that, no, they are expect to sit up on some kind of bench. This obviously makes much more sense.

I’m absolutely certain, though, that there are fishermen just as confused as I was. However, that’s not what I would consider the biggest problem. Understand that the 4 person raft is 6’9″ long, 4’3″ wide, and 3’8″ high. Claustrophobia is possible.

The men who work on the boats are strong and relatively healthy. For the most part they are not tiny. I can’t tell you precisely what percentage of them weigh well over 200 pounds but it is a significant number.

One of the boats got hung up on some local rocks recently. Other boats went to help and got the crew off and, eventually, managed to refloat the vessel.

When they first realized the difficulty they were in one of the crew members immediately ran up to the life raft and announced he’d be first inside. The rest of them responded that he’d be by himself because after he got on nobody else would fit. 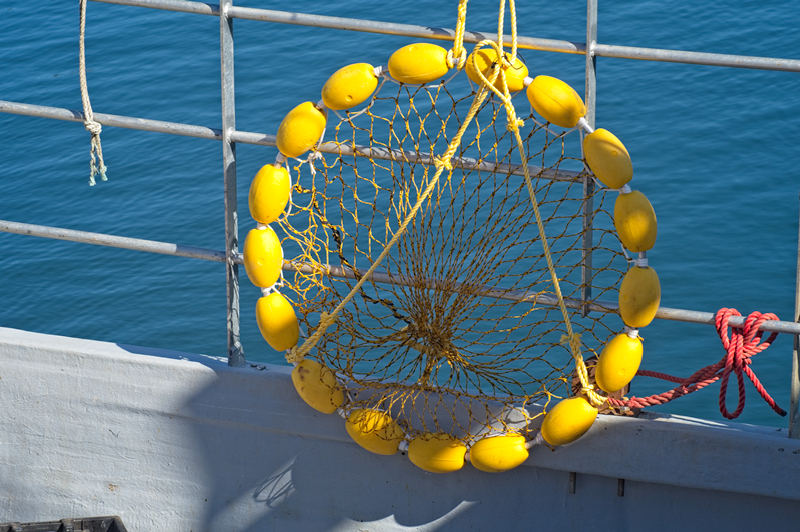 I’ve mentioned this funny looking life ring before. Imagine somebody goes overboard. Instead of throwing a solid ring to them, and then hauling a large, wet, sailor back onto the ship, you toss this one.

The unfortunate fisherman grabs it, climbs into the basket in the center, and then is lifted on board with the handy winch. I’ve talked to men who had to try to drag a fellow crew member out of the water. This is a much better option.

One last note from my visit down there yesterday. I took a long lens photo of the osprey nest and confirmed that she is there. The plan is to gather up my courage to drive down and get some better shots from a less reasonable distance soon. I can tell you that I already pissed her off and I was 100 yards away. She whistled a lot of bad words at me. 🙂 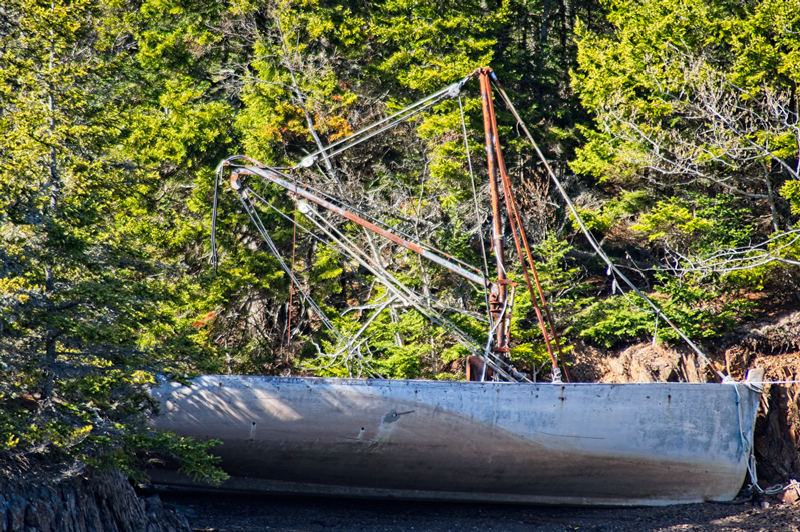