I’ve mentioned that the tourists have begun returning to the Island. Our other summer guests are also showing up or are reportedly on their way. Sightings of 10 humpback whales off Nova Scotia were passed along a few days ago and the water temperature is rising. Everything points to another good season of herring.

Against the backdrop of (finally) a major explosion of leafy growth on the trees and shrubs, various local residents are finishing their spring projects and getting ready for summer. 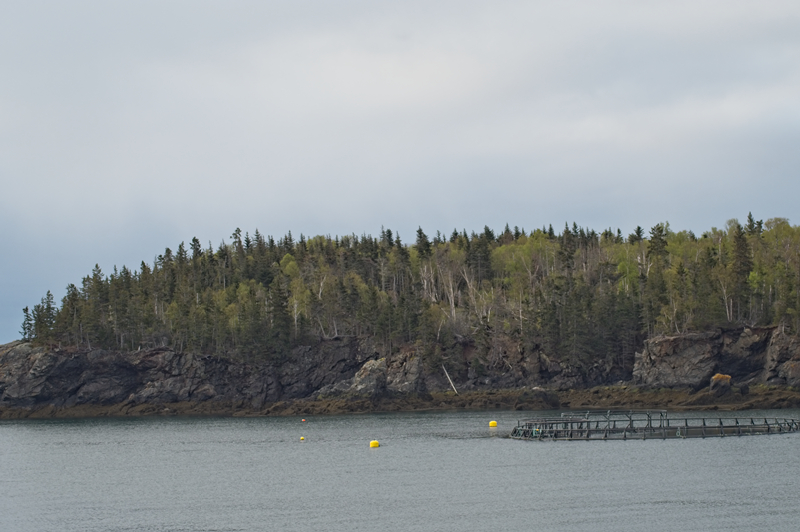 I host a large number of visitors at this time of year. Some are really not welcome – I’m thinking here of the grasshoppers and mosquitoes. My hope is that I’ll be able to convince various Islanders that their chickens could use periodic playdates. The birds would have an adventure, be able to eat all the bugs they want, and reduce my pest populations. 🙂

Some visitors I encourage. I even feed them – oh not off a menu and there are no individual place settings. Food is provided buffet-style and special orders are not indulged.

One of these temporary residents (we’ll call him Aubrey) is proving to be a problem. I’m no psychologist, and I don’t claim any special expertise, but conclusions can be drawn based on his behaviour.

He obviously never went to kindergarten. Sharing is not part of his world.

I would guess he was home-schooled, by anti-vaxxers. He never played team sports, never belonged to groups or clubs with children his age, and really was never socialized. He has no sense of community.

Aubrey decided immediately upon his arrival that the buffet table belonged to him alone. I don’t care how full he is, this guy won’t let any of his compatriots get a meal. I tried to indulge him, and provide a welcoming environment for the rest, by adding additional buffet stations around the property. He immediately claimed ownership of all of them.

Other members of his type share quite happily. He has proven to be remarkably obnoxious.

This is a photo of him. Don’t be fooled by his appearance. Aubrey is a d*ck. And yes, I would spell the word duck without an asterisk.